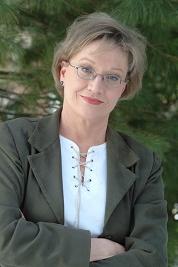 Elizabeth Black is the award-winning journalist, editor, and author whose credits include the prize-winning novel Buffalo Spirits (Dialog Press, 2006) and frequent contributions to leading publications worldwide. Her works of journalism and commentary have appeared in such publications as Moment, Lawrence Journal World, Chicago Magazine, Chicago Sun-Times, Chicago Tribune Sunday Magazine, Chicago Daily News, Denver Post, and The Cutting Edge News. Her syndicated column “Back to the Middle” appeared regularly in the Lawrence Journal World 2007–2008.

Her numerous awards include the Helene Wurlitzer Foundation Writing Residency Award in 2005 and the Three Oaks Prize for Fiction for Buffalo Spirits in 2003. Buffalo Spirits was also a Finalist in the William Faulkner Novel Awards for 2002. Two of her magazine awards include a Folio Award for Art Direction for BioMechanics Magazine; OS/2 Professional was named the Best New Computer Magazine of the Year in 1993 by the Computer Press Association.

In addition to her own writing, Black provides editorial services to select clients, including book editing and brochure design. She helps other authors write book proposals and obtain publishing contracts, and works with them to create the finished prod-08-uct. Drawing on years of magazine art direction experience, Black also works with clients to conceptualize, write, and design effective brochures. In demand as a speaker and teacher, she focuses on environmental issues facing the Great Plains.

One of her poems, “Ebenfield Churchyard,” was selected for inclusion in Begin Again: 150 Kansas Poems

Elizabeth Black grew up on a farm in southwest Kansas. After a long career as a teacher, writer, journalist, and editor in greater Washington DC, she moved to Lawrence, Kansas in 2007.